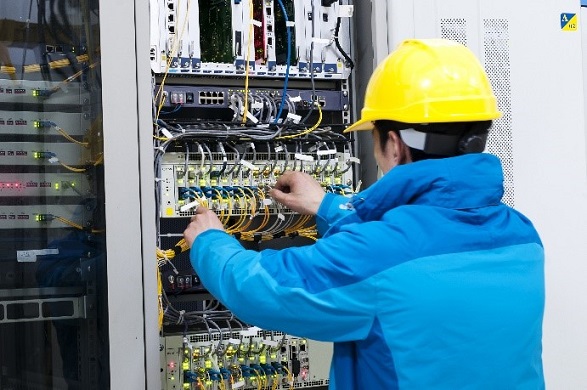 SNMP provides custom designed automated monitoring and control systems for a variety of facility and energy management systems. We have a team of industry qualified, experienced, and manufacturer-trained energy management and controls systems specialists, engineers, and application developers that are capable of tailoring disparate systems to meet various user applications.

SNMP provides and installs complete building management system including all necessary hardware and all operating and applications software necessary to perform the control sequences of operation as will be defined in our specification. All components of the system –workstations, servers, application controllers, unitary controllers, etc. will communicate using the BACnet protocol, as defined by ASHRAE Standard 135-2007, or EIA standard 709.1, the LonTalk® protocol, or Modbus protocol. The only exception will be field controllers within the Schneider I/NET and NETWORK 8000 family. No gateways will be used for communication to controllers

At a minimum, we can provide controls for the following: 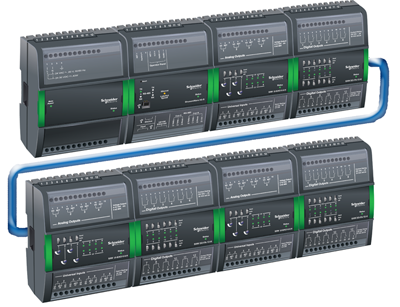 Schneider Electric offers a wide variety of modules that interface with the Automation server to monitor and control various aspects of the complete Building management system. The Input/output (I/O) modules come in various configurations of three main types. Input Modules, Output Modules, and Mixed Use Modules. In determining what combination of the three are needed in a system a complete site assessment is required

The Three main types can be broken down by function, operation, and requirements of the job. These types include: input, output and mixed modules.

Input modules are capable of monitoring critical states within a HVAC systems such as boilers and chillers to monitor temperature, pressure, humidity, and flow.


The RTD Module is mainly used in Industrial settings. The RTD stands for Resistance Temperature Detector. It senses change in resistance in metals, such as platinum or nickel. Its use is to measure temperature in gas turbine exhaust and diesel engines and other industrial processes 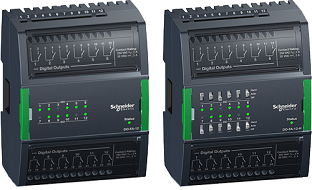 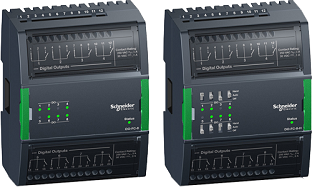 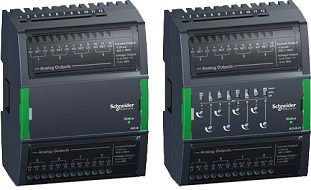 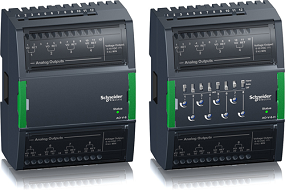 Output modules support output types Digital Form A, Form C, and Tristate. These modules will support a wide range of devices, such as valves, actuators and various other control devices. 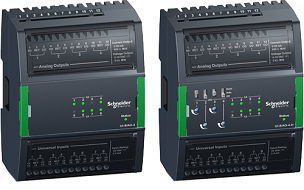 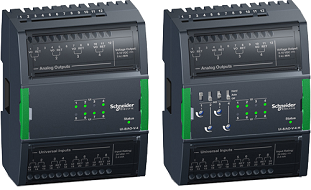 Mixed modules combine the functionality of both input and output modules. They can be used to monitor and control certain systems that only require a few points of each type.

Power is a complex factor within a building’s operation and monitoring it as part of building management is crucial. Power meters collect data from key points within the electrical infrastructure of a building and serve it up to Power Manager for EcoStruxure™ Building Operation, providing insight that helps owners and managers ensure electrical network health, increase power quality awareness and improve energy accountability.

We offer a wide range of meter types, from very basic to highly advanced – but all will work seamlessly with Power Manager software. Typical applications can range from service entrance monitoring for utility bill verification to energy cost allocation between departments. 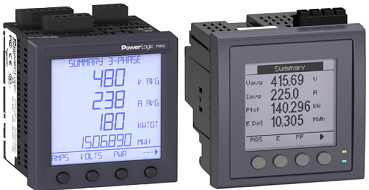 
All high voltage electrical installations that include CT’s are performed by licensed Electricians. 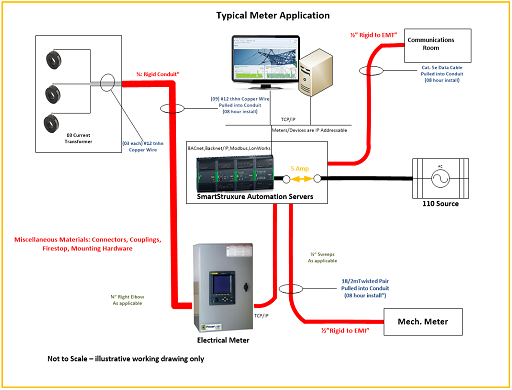